The weekend of May 17th, we hopped on a train from Dijon for a four-day trip to see the sights of Paris.

Paris, or “La Ville Lumiere,” was one of the first European cities to have electricity. Today, it continues to glow with more than just bulbs and wires; its energy also comes from its art, its culture, and its people.

Our first stop was the Arc de Triomphe at the Place de Charles de Gaulle where twelve streets radiate out from a central point, including the Champs Élysées. It was originally built to honor those who died in the French Revolution and the Napoleonic wars. It now also honors French citizens who died in World War I.

After looking at the intricate friezes on the outside of the arc, we went inside and climbed up to the top. There, we became hypnotized from staring at the swirl of traffic beneath us. We also marvelled at the many landmark structures we could see from so high up, including the Louvre and the Eiffel Tower.

Cruising Around the City

After our first stop at the Arc de Triomphe, we continued our adventure. Instead of taking any tours of the city or cruises down the Seine, we opted to explore Paris on our own.

Although we did go inside many iconic buildings and structures during our stay in Paris, time did not allow us to enter everything. Below are two examples of landmarks we admired from the outside: The Grande Palais and the ornate bridge of Ponte Alexandre III—with its golden statues reflecting the early evening light.

You know how sometimes iconic sites do not live up to preconceived expectations when one sees them in person?

The Eiffel tower does not fall into this category. It is stunning.

It was designed by Gustave Eiffel as the entrance to the 1889 World’s Fair. (Incidentally, Eiffel also designed the indoor market adjacent to our home base apartment in Dijon.) For forty-one years, it was the tallest manmade structure on Earth.

Our next stop was the Louvre. Please see Syd’s post about our visit to the Louvre by clicking here.

Next on the list was Notre Dame de Paris on Le Île de la Cité (an island in the middle of the Seine). Construction began in 1163 and was completed in 1345.

Yes, we needed to stand in line to get in. Yes, there were many tourists visiting. But after we entered, we were able to focus and enjoy the interior. We happened to visit while a service was in progress. A priest was signing in Latin. His voice, the cathedral’s grand size, and the glowing colors of the rose windows are what I will remember most.

Two interesting things going on: the rays of light shining down on the statue of Charlemagne in front of Notre Dame . . . and the pigeon sitting on that man’s shoulder.

After visiting Notre Dame, we walked to the Memorial of the Martyrs of the Deportation—also on Le Île de la Cité—in honor of the many thousands of people from France deported to concentration camps during World War II. The museum has pictures and explanations regarding the deportation, as well as what the people had to endure as prisoners.

The centerpiece of the memorial is shown in the photograph blow. It is a corridor of over 200,000 lights, each one representing someone who was deported. It is difficult to imagine this number of people. However, this corridor helps visitors to reflect, understand, and remember.

Our last stop on Le Île de la Cité was the Palais de la Cité—the home of the kings of France from the sixth century to the fourteenth century. The highlight is Sainte-Chapelle, a chapel built under the rule of Louis IX. Construction finished in 1248.

The chapel is wall-to-wall stained glass, and the effect is extraordinary. Pictures of the Palais de la Cité and the interior of Sainte-Chapelle are below. 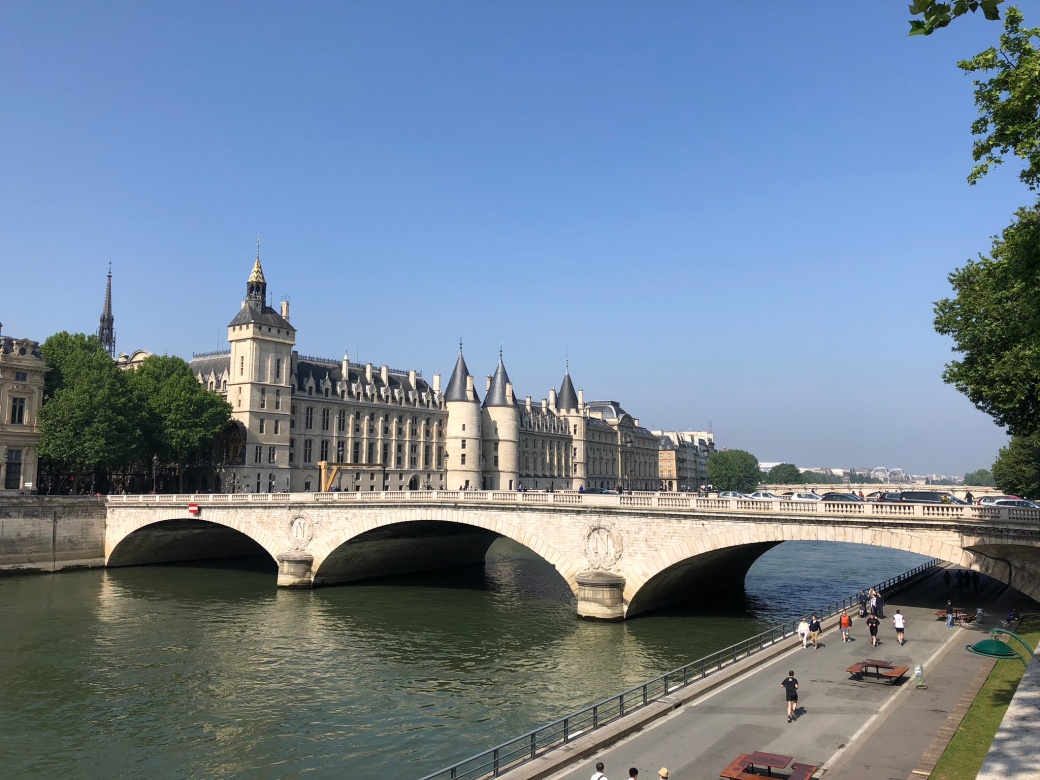 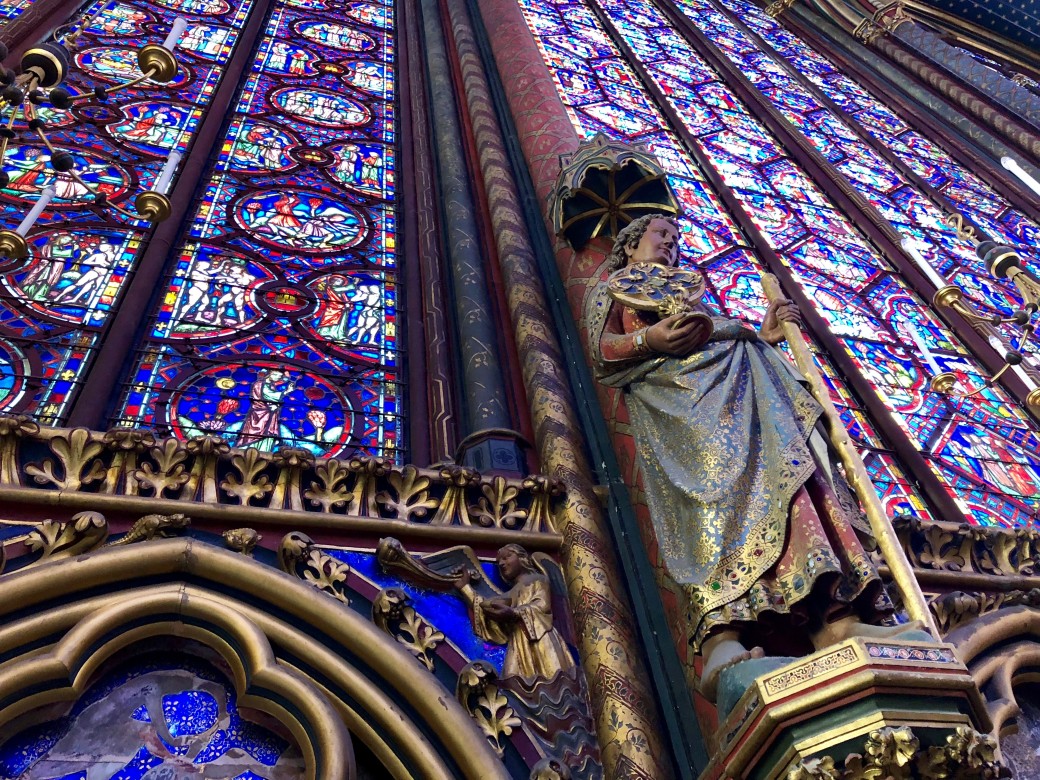 Next was our visit to the Musée d’Orsay on the left bank of the Seine. One of the largest museums in Europe, it is in a former grand railway station and is known for its gigantic collection of impressionist art. Here, we saw paintings by Monet, Manet, Renoir, and many others. Syd was immediately inspired and convinced us to pick up a sketchbook from the museum gift shop so she could draw while we perused:

Our last stop in Paris before heading back to Dijon was the Centre Pompidou, known for its collection of modern art.

We were lucky to have caught a temporary Chagall exhibit. (I became interested in Chagall after seeing his famous stained glass window at the Art Institute of Chicago.)

One interesting aspect about the Centre Pompidou is the building itself. It’s inside out! Elements normally found inside (pipes, stairs, etc.) are on the outside of the building. Below is a picture of the outside and one of Rich and Syd as they made their way up to the top.

C’est fini! We feel incredibly grateful to have seen so much of one of the great cities of the world.