The second day of our annual ryegrass collecting adventure started out much like the first—lots of driving on paved and dirt roads through a stark and desolate, but also beautiful, landscape. Our route took us a couple hundred kilometers northeast of Geraldton.

Our mission was to find and collect annual ryegrass seeds in five paddocks. On the way to the first paddock, we found this little guy on a dirt track. I kept expecting him to run as I crept closer and closer to him. Eventually he did run off, but not before I was practically eye-to-eye with him.

One of the paddocks we visited that morning had the most beautiful red soil (and by soil I mean sand).

By lunch time, we had visited our last paddock and collected the final bit of ryegrass seed we needed. So we headed back to Geraldton to pick up some food to eat in the car and then made our way back to Perth via the coastal highway.

Along the way, Mike and Roberto were kind enough to stop at a few of the more “touristy” sights so that I could snap a few photos.

The winds along the coast blow nearly constantly west to east. As a consequence, the trees here lean and a few grow horizontally. This particular tree is rather famous.

The Pinnacles are limestone pillars that rise out of the dune sands. The formations are pretty spectacular, particularly in contrast to the surrounding vegetation and landforms. 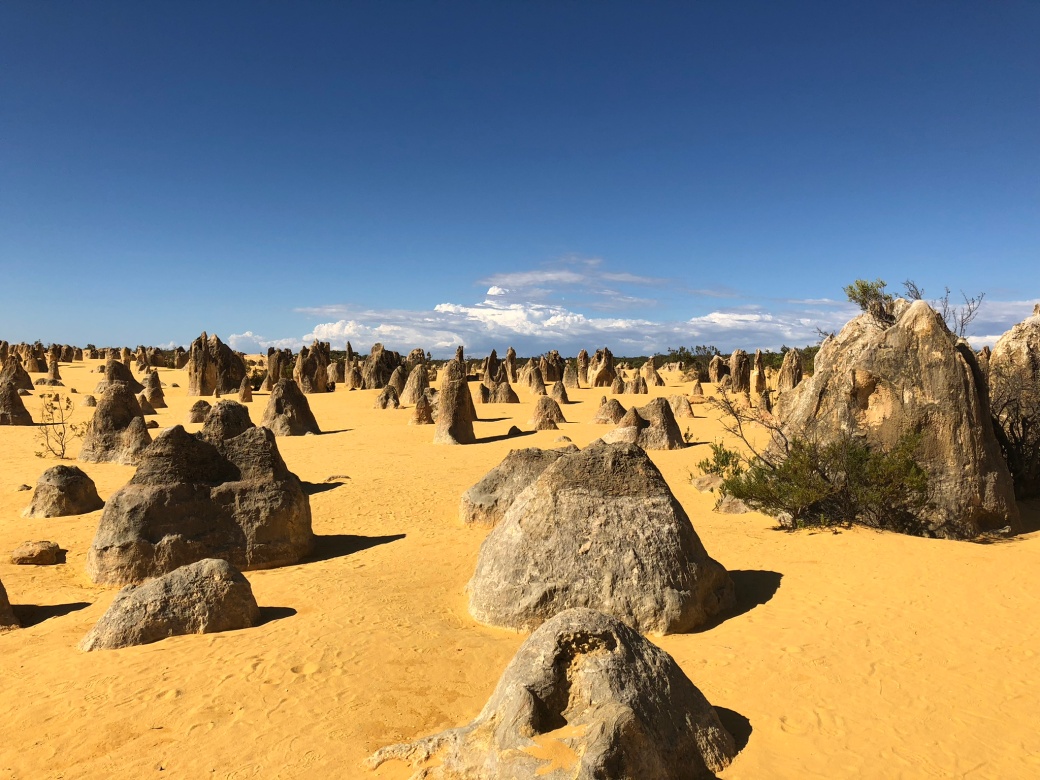 I wonder if we can get this one in the trunk? 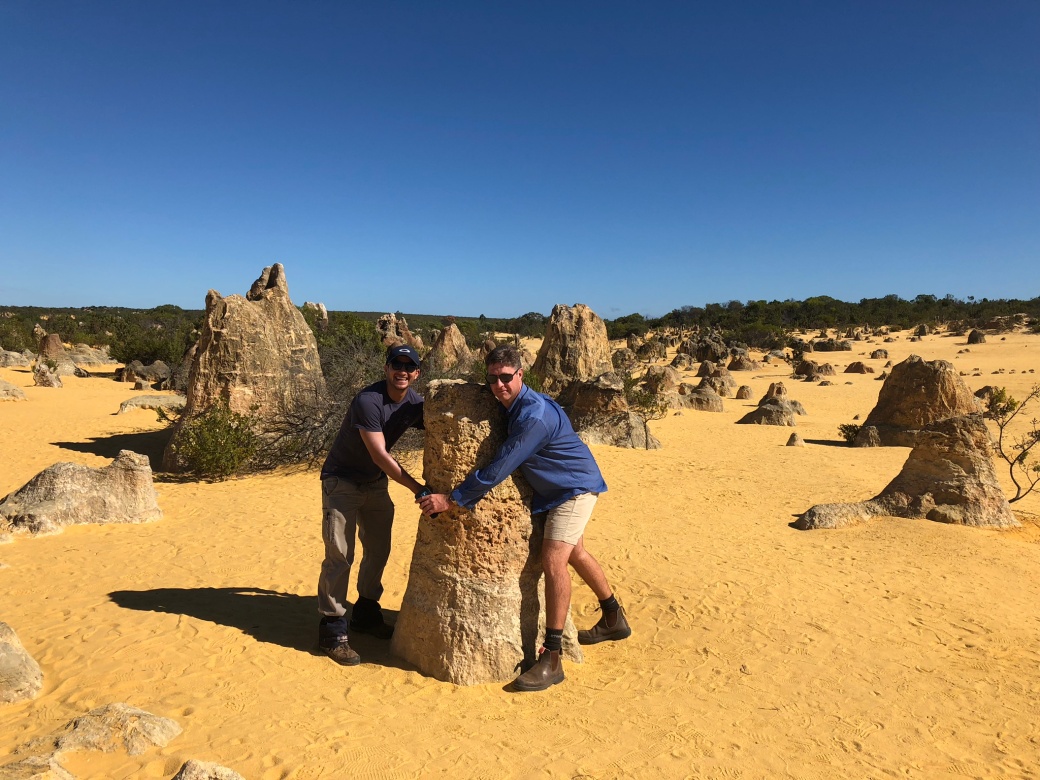 Another striking formation are the snow-white sand dunes that rise out of the coastal heath like breaching whales. The only other place I’ve seen sand this white is at White Sands National Monument in southern New Mexico.

The relatively undisturbed plant communities we traveled through along the coastal highway were a nice change from the vast, brown, somewhat monochrome wheat belt.

By the time we made it back to Perth, it was just starting to get dark—a fitting close to another awesome day doing science in Western Australia. A big thank you to Mike Ashworth and Roberto Lujan for letting me tag along and help out.

Click here for details of the previous day’s adventures.